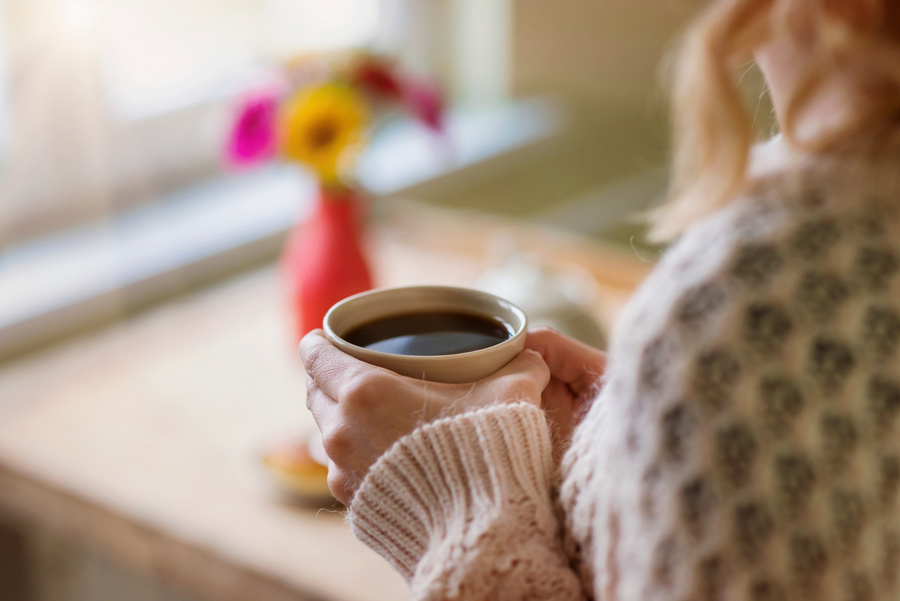 Molly Lannon, 70, appreciates the little things. The beauty of a morning hike. Her hands hugging a warm cup of coffee. A deep breath at the end of a restorative yoga class. “It’s just right there, but you have to open your eyes to it,” she explains of her perspective on life’s treasures after facing breast cancer not once, but twice. “You don’t take things for granted. You make the most of every day.”

In 1999, Molly was a teacher enjoying the end of her summer break when the importance of the little things came into focus. At the age of 53, she was diagnosed with Stage II breast cancer.  A lumpectomy in her left breast, chemotherapy and radiation followed at the time her students were coming back to class. “I only took off three days during chemotherapy,” she adds. “Being around the kids helped me.”

She stayed vigilant with mammograms and annual exams to make sure the cancer had not returned. The first anniversary of her breast cancer diagnosis came and went without a recurrence. “After each visit it was a celebration,” she recalls. Molly celebrated the five-year mark of being cancer-free. She got back to enjoying what she loved – exercising outside as much as she could. From hiking to biking and skiing, Molly purposefully stayed active.  “Exercise is so important. It is critical to maintain bone density and an all-around sense of well-being as much as you can.”

Little did Molly know that her journey to live a fulfilling, purposeful and appreciative life after surviving cancer was engineering a support group of the women with whom she shared the life-changing diagnosis.

During a routine annual mammogram in September of 2015, an irregularity appeared in the image of her left breast. The ultrasound that followed revealed “something suspicious,” Molly recalls hearing. She had an MRI of both breasts. There were three spots on the left and one on the right. The biopsy confirmed, “It was breast cancer.”

While Molly waited for the results of genetic testing, she decided to undergo a double mastectomy. “I thought, ‘This is too risky to take any chances of this recurring,’” she says.

Despite a second breast cancer diagnosis, unsure about her own genetic predisposition and with a major surgery ahead, Molly says never lost the perspective she gained after the first diagnosis. “A good attitude is so important,” she adds. “It makes all the difference.”

Today, Molly has recovered from surgery and enjoys her yoga classes and writing sessions with other breast cancer survivors. She will take estrogen-blocking medication for five years. Breast cancer is not behind her or in front her – it is part of her.