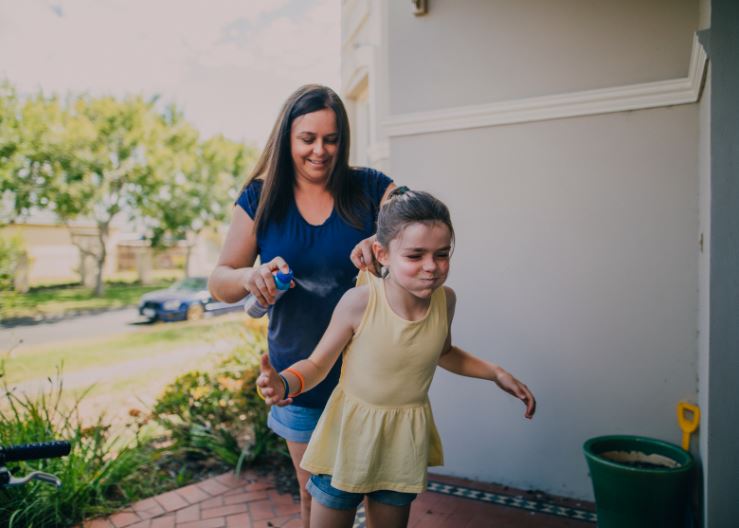 Albuquerque has on average 280 sunny days per year. That means an increased risk of developing skin cancer. Skin cancer is the most common cancer in the United States and it is estimated that one in five Americans will develop skin cancer by the age of seventy. Dr. Calvin Ridgeway, M.D., F.A.C.S., of the Lovelace Women’s Hospital Breast Care Center, provides key insights about the most common skin cancers, the warning signs, risk factors and how you can protect yourself.

What are the most common skin cancers?

According to Dr. Ridgeway, the most common skin cancer is basal cell carcinoma (BCC). An estimated 4.3 million cases of this type of skin cancer are diagnosed in the U.S. each year. “Basal cell carcinoma (BCC) typically looks like a fleshy and raised area, usually round, that can sometimes be dipped out in the middle,” says Dr. Ridgeway. These abnormal growths arise in the skin’s basal cells, the outermost layer of the skin. “We typically treat BCC in older patients because it’s a result of chronic skin damage, although people in their thirties and forties can certainly get it,” explains Dr. Ridgeway.

Squamous cell carcinoma is the second most common skin cancer and unlike basal cell carcinoma, squamous cell carcinoma can spread to other parts of the body, if not treated promptly. These types of cancers resemble red patches, open sores, elevated growths or warts that may crust or bleed. Collectively, these two cancers affect more than three million Americans each year.

How common is melanoma?

Melanoma is one of the cancers with the highest rate of increase of incidence and occurs in more than 1% of the population. “In 1950, the risk for melanoma was one in twenty-five hundred patients. Now the risk is as high as one in sixty patients. We believe this ties in with recreational sun exposure. Before World War II, sun tanning wasn’t common. Following that period of time, people in the fifties and sixties very aggressively tried to suntan and now folks are using tanning booths. Most of the time melanoma is caught early but if it’s caught later, it can be very aggressive and concerning.”

So what does melanoma look like? Dr. Ridgeway said the lesion will start off looking like a regular mole but then will become asymmetrical, irregular around the ages and have different colors in them. Sometimes they’ll be black, brown and pink. The diameter might spread, and sometimes they can itch or bleed. Although the risk of melanoma increases as people age, melanoma can affect people of all ages. “It’s a different result of sun damage that actually goes back to the sunburns people got as children in the five to fifteen year old age group,” states Dr. Ridgeway.

What are the risk factors for skin cancer?

Sun exposure, without using sunblock or protective clothing, is the ultimate risk factor for skin cancer. “Sun exposure creates damage in the skin and the direct skin damage can result in basal cell carcinoma and squamous cell carcinoma. “If you have fair skin, red hair, blue eyes and skin that burns easily, you’re at higher risk for melanoma,” says Dr. Ridgeway. Melanoma may not appear on areas that are directly sun damaged. “Melanoma can appear on all parts of the skin, even the soles of the feet and other places that are not out in the sun. The whole surface of skin is at risk for melanoma if you have melanoma-prone skin.”

What are the treatments for skin cancer?

Dr. Ridgeway and his staff define cancer treatments in three broad areas: surgery, medical and radiation therapy. “Skin cancers are solid tumors, so most of the time, they are treated surgically. For basal cell carcinoma and squamous cell carcinoma, simply removing them with clean edges can provide adequate treatment.  For melanoma, because it’s more aggressive, we will remove the area, but we will check the lymph nodes that filter that area with surgery,” shares Dr. Ridgeway. “For medical treatments, there has been a revolution in immune boosting therapies that are particularly effective for melanoma and this has occurred over the past five years. This is a major advancement in our cancer treatment.” Radiation therapy can be used for some of the cancers, but not used as often.

What does sunblock actually do?

Should we be worried about our freckles?

Yes. If you get freckles easily, you should be extremely proactive in practicing adequate sun safety. If your skin forms freckles, then you are at a slightly higher risk for melanoma, because that means your skin is typically paler between the freckles and more subject to the long term effects of sun burning, explains Dr. Ridgeway. “If you live in New Mexico, where we live at a high altitude and have sunshine virtually every day, you’re at a slightly higher risk.”

What can we do to protect ourselves from the sun?

“It is good to get outside and exercise, but the main thing that you have to avoid is tanning and in particular, burning,” said Dr. Ridgeway. He encourages parents to protect not only their own skin, but also their children’s. “Children the age of five to fifteen will sometimes spend all day in the pool, the beach or the soccer field and can get pretty bad sunburns. An effective sunblock needs to be applied and reapplied. If children can do something in the shade or avoid doing those activities during the highest sun exposure time, that’s also helpful. Sun protective clothing is available as well. Kids should be outside and they should be active, and it’s simple enough to protect them.”

How often should we perform self-exams?

Dr. Ridgeway suggests performing a self-exam once a month. “Become very familiar with moles and any other skin lesions you might have. If you don’t have a partner who can check your back, bottom and backs of your legs, you can do so with a mirror. Don’t forget to check the soles of your feet. Once you get the routine down, it doesn’t take much time. If you see something changing, seek medical attention.”

Never underestimate the long-term effects of sun exposure. We encourage you to practice sun safety in your household, and be mindful of how much time you and your family are spending in the sun.