A battle with breast cancer and a bus 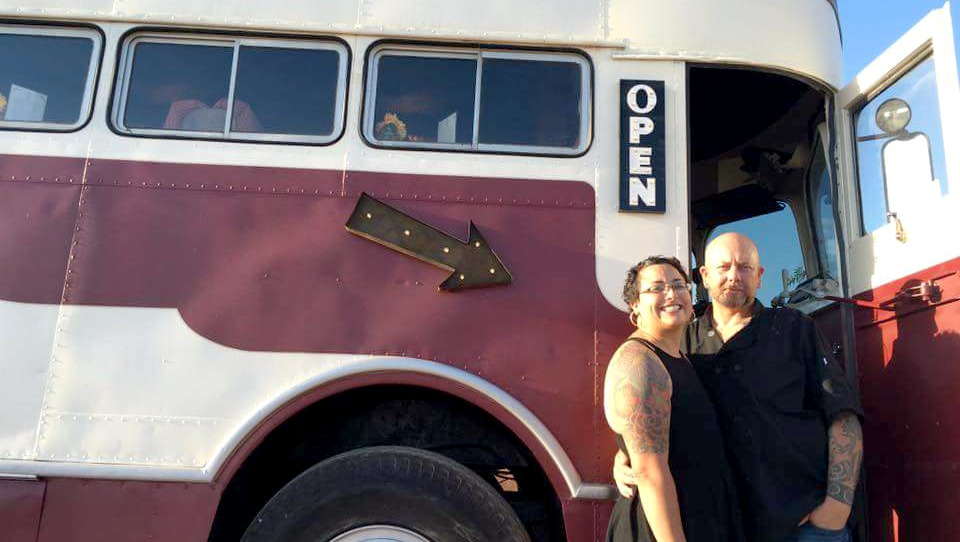 When Melissa Young and her husband Jon decided to build an enormous bus for a fine dining mobile bistro, they did not realize how many obstacles they would face along the way. In July 2014, they bought the bus they intended to work on. The following October, Melissa visited her primary doctor, and discussed how strong her family history of breast cancer had been. “My mother and my two aunts on her side have all had cancer, along with my grandmother on my father’s side,” explains Melissa. “I had been asking my physicians over the years if there was any kind of preventive treatment or ultrasound I could do to at least start with a baseline, but all of them said I was too young.” The following year, Melissa was diagnosed with breast cancer at the age of 34.

“I went in for an ultrasound in April 2015 and requested they ultrasound my whole breast instead of one area which had been done in the past. They did the ultrasound and decided to do a mammogram on me as well,” explains Melissa. “Right after the mammogram, they decided to do an MRI, and that is when the nerves really set in. I wanted them to be thorough but not quite like that.” Melissa had her MRI done at Lovelace Women’s Hospital, and had to wait a couple of days until she received a phone call to schedule an appointment with the oncology office. “Then I received a call from my primary care doctor, and that’s when I knew what was going on, so my mom and husband went with me to my oncologist appointment,” she says. Melissa saw Lovelace Medical Group surgical oncologist Dr. Calvin Ridgeway. “He is a fabulous surgeon and so are the staff there, they are beyond supportive.”

At Melissa’s appointment with Dr. Ridgeway, she was officially told she had breast cancer and that it was a triple-negative diagnosis. “This means they haven’t discovered a receptor that causes the cancer. Typically most cancers are estrogen receptive or progesterone receptive, but I was neither.” No one in Melissa’s family had ever had this type of cancer, so it was a surprise to everyone. “That is when I started going to Lovelace Cancer Care and was referred to Dr. Malcolm Purdy, an oncologist with Hematology Oncology Associates. That same week, I stopped my massage practice which I had been doing for 10 years, and loved.”

Melissa began chemotherapy a couple of weeks later in June. “It was awful. My husband and I were supposed to start our business venture, but everything was put 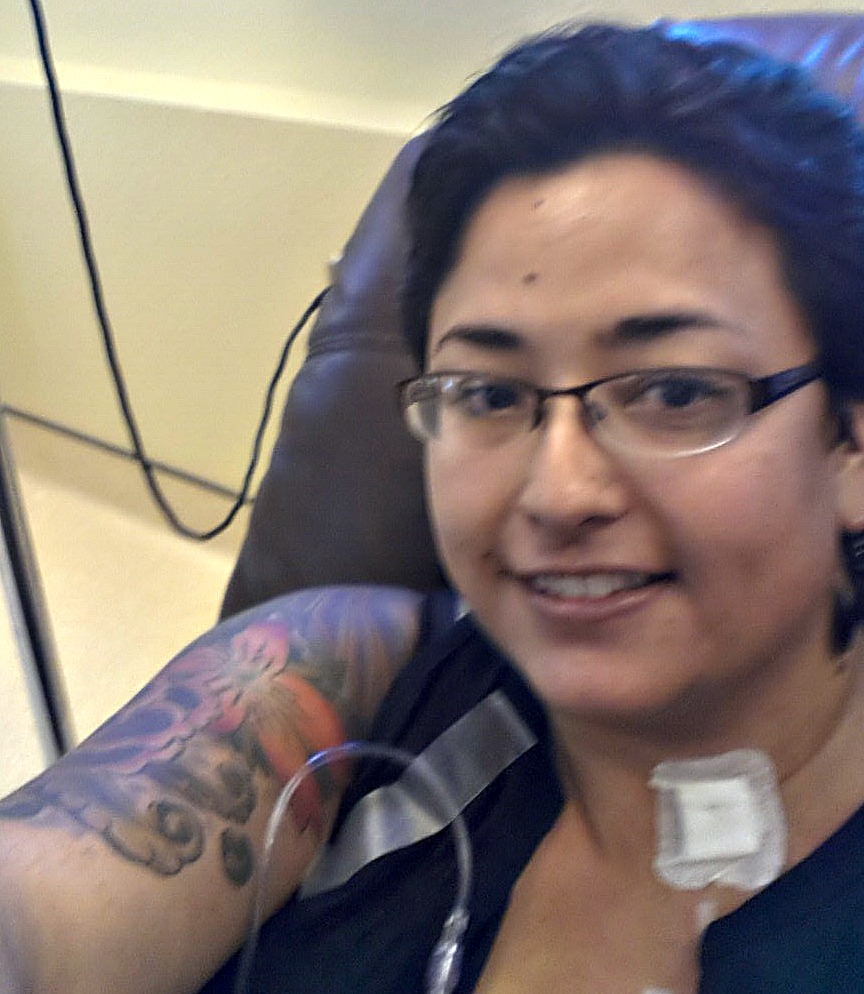 on hold and neither of us could work because the chemo took everything out of me. I had severe reactions to it and was pretty much bedridden for the majority of it.” Melissa and Jon had also set money aside for a launch party the following month for their business, but all of that money was used during the time they were both not working. “Sandra, my patient navigator, thankfully connected us with several fabulous groups to help us financially get through, along with help from our family. There was no way we could have done it without either of them.”

Melissa continued to receive chemotherapy treatment through September. “My support group through it all was Sandra, the nurses at Lovelace and Dr. Purdy. They were incredible,” Melissa shares. After she finished chemotherapy and recuperated for a month, she met with Dr. Ridgeway. They discussed her surgical options and she opted for a bi-lateral mastectomy. “Even though the cancer was only in my right breast, I thought it was a very good idea because of my family history and I wanted to eliminate the opportunity for a bigger growth,” she shares. Melissa had her mastectomy with reconstruction and implants in late October with Dr. Ridgeway and her plastic surgeon, Dr. Morehead.

Over the next month, Melissa would find out she had a staph infection in her right breast, and have a second surgery. Then she found out she had a staph infection on the other side. “That is when the doctors agreed they needed to take my implants out, so that was done in November. Throughout all of this, the nurses were just amazing. I had the same nurses for my last two surgeries, and they would laugh and cry with me, and just poured out so much love, it was unreal.” 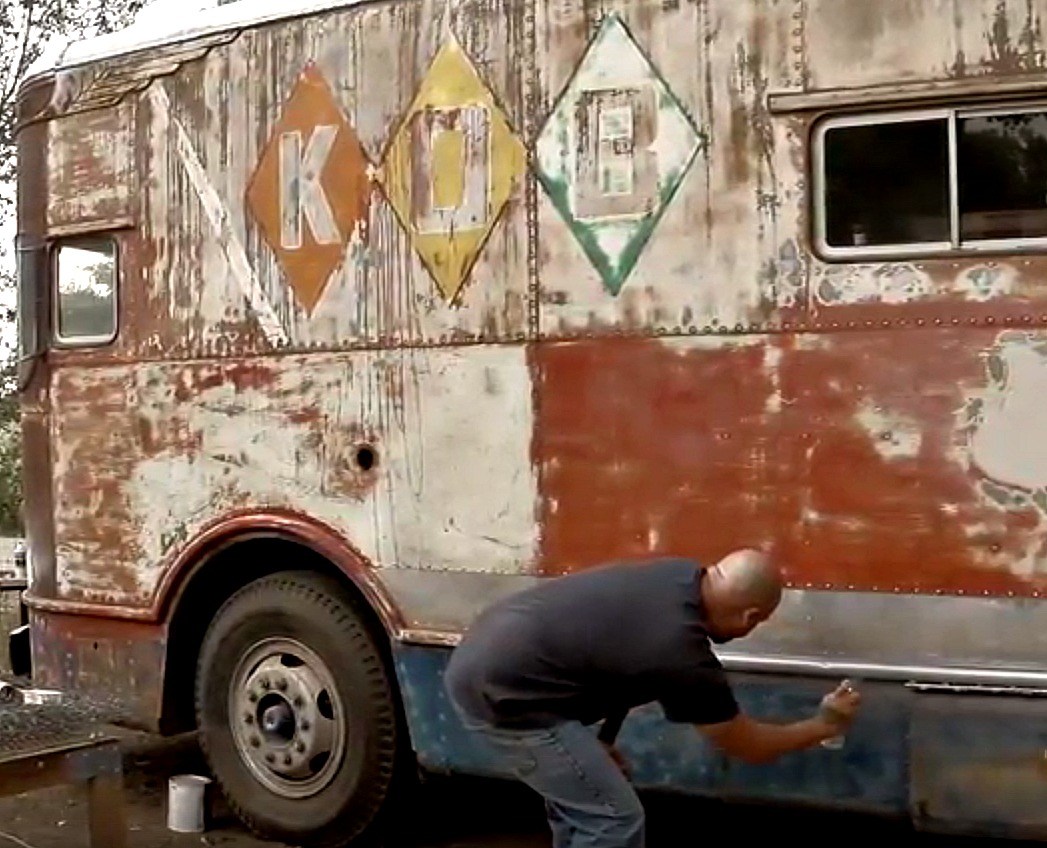 Through all of this, Melissa’s husband Jon started working on the bus they had bought together. “He was working on it to make everything beautiful and do all of the fine details and honestly that was his therapy to get through my cancer,” Melissa shares. “He was here with me all day but would go out to the bus and work on it. So my perception of this bus is his work of love for me. He was just amazing and was by my side and loved on me. He kept working on the bus and told me, ‘By the time you are done with this, everything is going to be done and it’s going to be beautiful, I’m working on our future, and you just get through today.’ So our little joke was from the movie, ‘Finding Nemo’, and we would tell each other to ‘just keep swimming’ and that would make us laugh.” 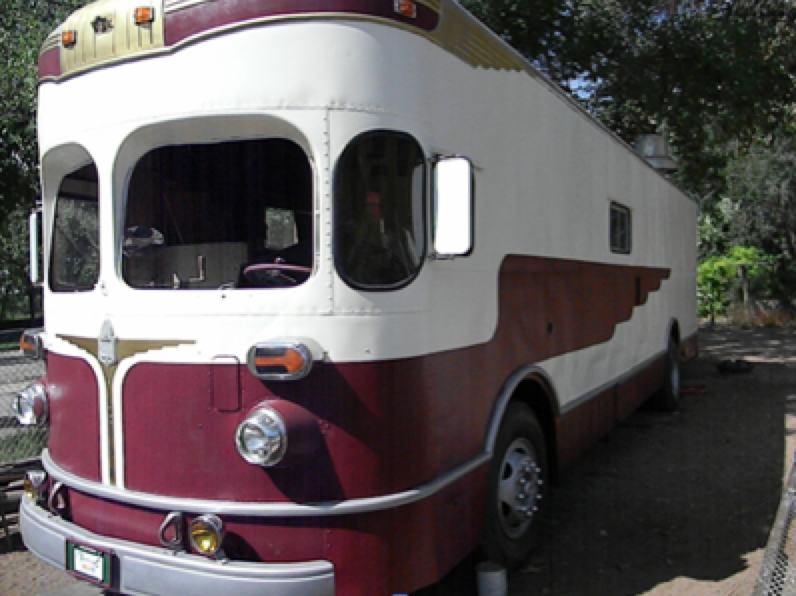 This last June, Melissa went through a massive reconstructive surgery, which took 13 hours. “It went beautifully and my new plastic surgeons Dr. Tsao-Wu and Dr. Chan are so gifted and did a great job.” In July, Melissa and Jon celebrated the official launch of their mobile bistro, Fresh. “It’s so exciting for this dream we planned two years ago to come to fruition,” says Melissa. “Jon is a French-trained chef, and put his heart and soul into this, from the reconstruction, to the food.” Their mobile bistro is a traditional, French-inspired, locally sourced, chef-to-table restaurant housed in a 1955 Fageol Twin Coach Bus. They serve a six-course meal in two hours in a unique environment and travel to different locations to offer this one-of-a-kind dining experience. 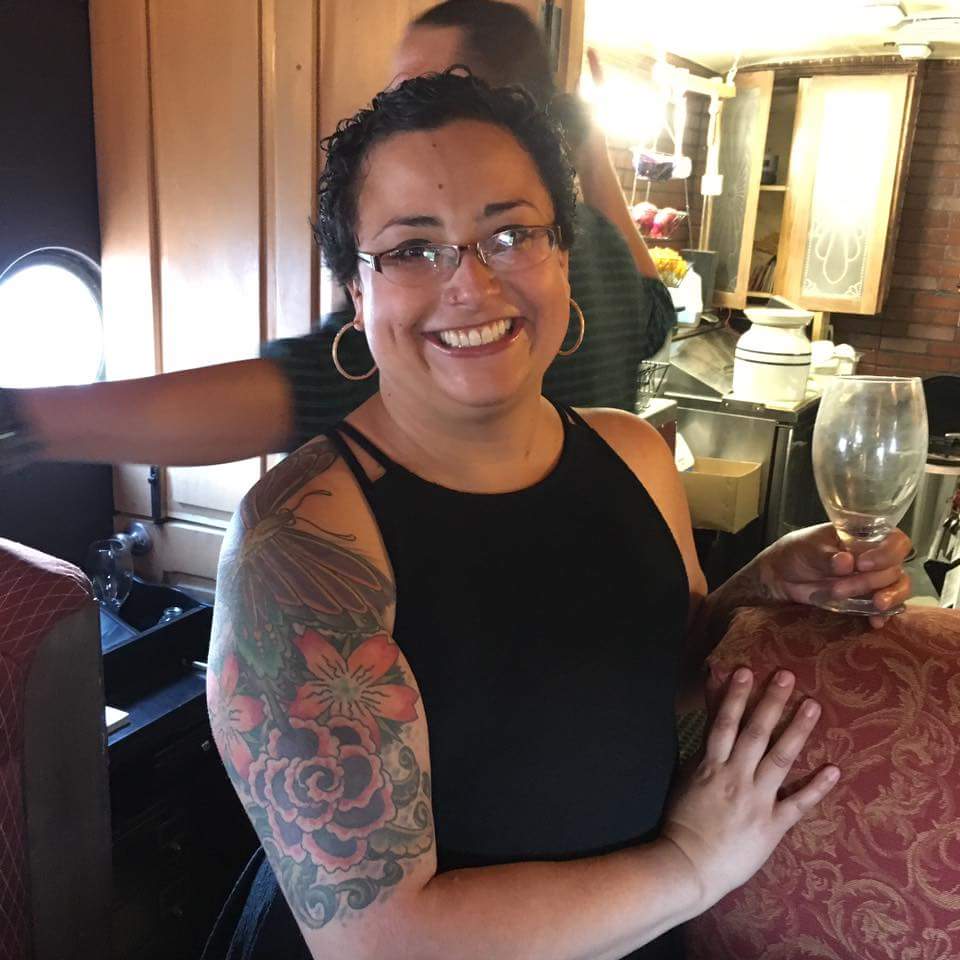 amazing,” Melissa shares. “The support from Lovelace really blows my mind. All of the individuals I’ve come across made me their own personal concern, like I was one of their family. The experiences I have had prior to this have not been like that at all. I was just a number that you get through. At Lovelace, they really take an interest in your well-being and through the whole experience, the nurses, doctors and nurse navigator were by my side to hold my hand. It would have been such a different story if they hadn’t been there.”